The Guangdong – Hong Kong – Macau Greater Bay Area Initiative (also known as Greater Pearl River Delta Initiative) is an advanced version of the Pearl River Delta Initiative, which aimed mainly the mainland Chinese part of the region. The new initiative was first brought up in the 13th five-year plan (2016 – 2020) of China. In contrast to its predecessor, the Bay Area Initiative intends to highlight the region’s role and aspiration in the global economic supply chain, such as other bay area regions like San Francisco or Tokyo, and also emphasizes the inclusion of the Special Administrative Regions Hong Kong and Macau. Besides this two cities, the city cluster includes nine Chinese cities in the Pearl River Delta (Shenzhen, Guangzhou, Zhuhai, Zhaoqing, Dongguan, Huizhou, Foshan, Zhongshan, Jiangmen) and wants combine each city’s expertise. The key industries of the area, which are very competitive on the global stage, are manufacturing (high-tech), transportation (sea and air cargo services), trade-related services (sourcing, trading, freight-forwarding, finance etc.) as well as the digital and innovation industry.

The Greater Bay: Numbers and Facts

The 13th Five Year Plan: Indications for investments in China

The motto of the 13th Five Year Plan is “moderate prosperity for the masses”. To reach this target, China should double its GDP and per capita income by 2020 compared to 2010. That very ambitious goal should be reached under the catchphrases “innovation, coordination, green development, sharing and opening”. The Chinese leadership made a priority ranking of industries which should receive special promotion until 2020. The top 10 are:

It can be expected that the demand in products and services related to above mentioned will be high during the next years.

As indicated in the three paragraphs before, the Bay Area offers huge potential for investments in either manufacturing, services, procurement or as a selling market especially in regard of the industries promoted in the 13th Five Year Plan. Shenzhen is famous for its high-tech manufacturing opportunities, telecommunication, financial and logistics industries. Renowned global enterprises such as ZTE and Huawei are headquartered there and many international firms have regional operations in the city. E.g. Siemens, ranking #71 on the Fortune Global 500 invested in a medical research center in 2013, followed by the establishment of its Health Care Imaging Customer Center, a facility where medical professionals can study the company’s newest MRI and X-ray technologies. It offers the company a show case for its locally manufactured high-tech medical devices.

The opportunities in Guangzhou are not less plentiful. The city is famous as car manufacturing base of mainly Japanese brands, namely Honda and Toyota. Another big industry is the oil refining and chemical industry. Global players such as British Petroleum, Royal Dutch Shell or BASF are big investors in the city. E.g. BASF started its investment in the region in 1998 and expanded its manufacturing base steadily over the last years. In 2015, they formed a joint venture and bought out a Chinese chemical manufacturer to expand its manufacturing base in the region. Beside these industries, targets for investments are bio-science, as well as the transportation and logistics industries, especially in regard of e-commerce and cargo.

Not only Shenzhen, Guangzhou and Hong Kong give the region unique opportunities. Cities such as Dongguan, Foshan and the others on the Chinese mainland have huge capacities in regard of factories and assembly lines. It is possible to produce high quality products on a large scale. Dongguan has the fourth highest exports of all Chinese cities, which clearly shows it role as a manufacturing base for the global market.

German Business in Guangdong and the Greater Bay Area

According to the AHK-China Business Confidence Survey 2016, the importance of the Pearl River Delta region for German enterprises in China ranks #3 just behind the Yangze Delta (Shanghai, Jiangsu, Zhejiang) and the Bohai Rim (Beijing, Tianjin, Liaoning, Shandong, Hebei). In 2015, goods of 15.7 billion US$ (+3.48% to 2014) in value has been exported from Guangdong to Germany and an amount valued 7.5 billion US$ (-10.92% to 2014) has been imported from Germany. The foreign direct investment from Germany to Guangdong counted 339 million US$ in 2015. More than 600 German enterprises are located in Guangdong of which 52% are manufacturing businesses and 48% related to services and representative offices.
According to the Hong Kong Census and Statistics Department the total trade volume with Germany was around 14.3 billion EUR in 2015, which ranks #1 in the European Union. More than 500 German companies are located in Hong Kong, which are mainly engaged in financial services, consulting and logistics.

The Greater Bay Area will play a remarkable role in China’s economic integration with the world. The nine cities on the mainland and their industrial zones provide knowledge and expertise in manufacturing electronic, chemical, automotive and other high-tech products for the domestic and world market. A mature innovation and start-up culture mainly concentrated in Shenzhen and Guangzhou will accelerate the future development of the region. Hong Kong will keep playing a key role in that development through its outstanding connectivity and expertise in the finance industry. In the wake of China’s One Belt One Road Initiative, the products and services of the area and its professions will be in high demand to contribute this epic project. 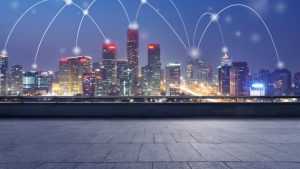