Updates for this month:

According to United Nations, the overall global flows decreased by 42% due to the pandemic, the most severe fall in the last three decades, even more than the 2008 crisis. The majority of the developed countries suffered the worst part, with some exceptions in Asia, and especially China, which has been able to recover fast and transmit confidence to the market.

China became the world’s largest FDI recipient in 2020, and its flows grew by 4% to $ 163 billion. The primary industries that made the most of this recovery are high tech, cross-border mergers and acquisitions, information, communication technology, and pharmaceuticals. In 2021, investors will remain cautious in pouring capital into markets such as the US and Europe, 46% and two-thirds respectively, waiting for their response of how to deal with the pandemic. The competition among developed countries for attracting FDI will be fierce during this year.

The future of FDI in the Greater Bay Area

Despite the pandemic, the cities in the GBA, especially Guangzhou, Shenzhen, and Hong Kong, keep attracting foreign investment. As a good sign of business confidence and investment environment, one of the first Fortune 500 companies in Guangzhou, P&G, has announced the creation of an intelligent technology innovation center this year. After three decades, China became P&G’s second-biggest market after the US.

The Fortune 500 SinTel Group has launched an innovation center in Shenzhen. Siemens also created an advanced energy center to prove the good relationship between China and Europe in a strategic, green, and digital partnership. New World Development, one of the largest real estate companies in Hong Kong, also announced the location of the headquarters in Guangzhou. AstraZeneca, a multinational pharmaceutical company, will establish its South China headquarters in Guangzhou city.

China rolling out new measures to boost the economy in Hainan

Moreover, innovative development of homemade high-end medical equipment and the beauty industry will receive support from the central government. The guideline also mentions that China would ease entry restrictions to some sectors such as civil aviation, sports, and seeds markets in Hainan.

On 2 April 2021, China’s Ministry of Finance and State Administration of Taxation jointly announced the implementation of income tax incentives to support the development of micro and small enterprises and individually-owned businesses:

China’s strict control on foreign currency exchange has always been a burden for foreign companies and the domestic operations of their affiliate companies. Some local State Administration of Foreign Exchange, such as the one in Shanghai, have released some clarifications on pilot policies that show signs of alignment with the procedures of the local banks regarding the foreign exchange on transactions under the Transfer Pricing principle. Although there are still points to clarify the actual process and practice, the changes are seen as a positive sign for the foreign multinational companies with affiliates in China.

In March 2021, the Senate of the Republic of Mexico ratified the Investment Promotion and Protection Agreement (IPPA) signed between the Hong Kong SAR of China and Mexico.

The agreement was proposed on 23 January in Davos, Switzerland. The purpose of this is to protect the various investments between both jurisdictions. Hong Kong considers foreign direct investment at the time of incorporation as a local company, so a foreign company has the same rights and obligations as a local company.

On the Mexican side, this agreement will protect foreign investment and promote Mexico as a more conducive destination for mainland Chinese investment through Hong Kong.

A new agreement between China and Spain: the elimination of double taxation concerning taxes on income and the prevention of tax evasion and avoidance

On 2 May 2021, the new agreement for eliminating double taxation between Spain and China will come into effect, which will replace the existing treaty signed in 1990.

Under the new agreement, both states will allow the tax credit method of eliminating double taxation containing a specific clause for income received by persons who are wholly or partly transparent for tax purposes.

In general, dividends and interest, and royalties may be taxed at a rate not exceeding 10% if the beneficial owner of the interest or dividends is a resident of the other state. However, the tax must be directly applied rather than through a levy-then-refund procedure, where the rates are lower than those stipulated in the domestic law of the state in which the income arises.

Something worth mentioning is that the agreement includes a provision to specify that nothing in the agreement may prejudice the right of each state to apply its domestic laws and measures concerning the prevention of tax avoidance, whether described as such, insofar as they do not give rise to taxation contrary to the agreement. 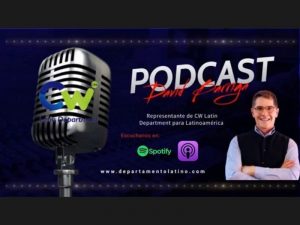 Ecuador: Laws and Regulatory Changes for Entrepreneurs and Startups