During the last few days, our business advisor Ms. Therese Feng had the honor of attending the following events and activities arranged in Guangzhou.

First rolled out in 2013, four sessions of the Understanding China Conference have been successfully held in Beijing and Guangzhou, attracting over 100 former political leaders, prominent entrepreneurs, and scholars around the world to participate. The conference provides a crucial platform to demonstrate China‘s national development strategies and for the international community to take a more in-depth, better look into the country‘s road of peaceful development as well as its domestic and foreign policies.

The China-Foreign Chambers Business Exchange was organized and supported by several foreign chambers, including the German Chamber of Commerce and domestic organizations, and was held on 25 November in Guangzhou.

The purpose of the event was to promote business exchanges. Business introduction and exchange session was presented by different organizations, including Nansha Free Trade Zone of Guangzhou.

The UK Business Dialogue provided a forum for CBBC members to engage the Guangzhou Municipal Government on local policy relating to trade and investment as well as the cities‘ plans for GBA integration.

In addition, CBBC members were invited to raise questions about the local business environment, and they received feedback from the relevant local government departments. Officials from the Guangzhou Municipal Government, including Guangzhou Municipal Commerce Bureau, Guangzhou Financial Supervisory Authority, and Tianhe District Government, were present to answer CBBC members’ questions.

The above three events were all successfully held in Guangzhou. As one of China’s key National Central Cities, Guangzhou is an international business center, a comprehensive transportation hub, a critical interchange along the Belt and Road, and a significant engine fueling the development of the Guangdong-Hong Kong-Macao Greater Bay Area.

With an office in Guangzhou and as one of the few firms which have already started to plant seeds in the Greater Bay Area since 2017, CW would love to help foreign enterprises to invest in this city, offering a wide array of client-focused, tailored services of professional quality, including audit and other assurance, tax, corporate secretarial and business process outsourcing, and advisory specialisms. 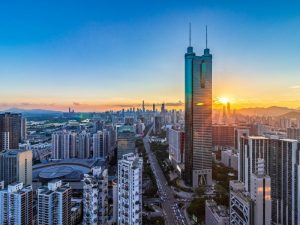