Regulation and Compliance in Industrial Property in Mexico

On 1 July 2020, the new Federal Law for the Protection of Industrial Property was published in Mexico, enacted on 5 November 2020. The new law empowers the Mexican Institute of Industrial Property (IMPI) to apply measures, resolutions, and sanctions through higher fines for intellectual property infringement. The penalties could even cause the bankruptcy of companies. Besides, the IMPI may collect resulting tax credits through the administrative enforcement procedure, in terms of the Federal Tax Code, and condemn payment of damages caused in the administrative declaration procedures. IMPI may also request assistance from the federal, state, or local public force, civil or armed institutions.

Without a doubt, the new law puts Mexico at the forefront of protecting industrial, intellectual property, and copyright, which is why every company in the Mexican territory or those with commercial relations in Mexico must implement measures to avoid risky situations using brands, software technology, licenses, or teleworking. And I emphasize “every company“ since, with the pandemic, it made it clear to us that it is the new way of operating, oriented to electronic commerce. We must be aware of the legal framework in which surveillance and pressure for illegal or suspicious uses will increase significantly.

Among the most notable contributions of this new law, we find:

The IMPI will have, among other powers: to impose provisional measures ex officio; destroy insured property; impose and collect fines, carry out a conciliation procedure regarding administrative infractions; and determine the payment of damages. Powers are granted for the IMPI to determine and impose damages for violations of a right. The possibility of closing an establishment is incorporated when the imposition of a provisional measure is not sufficient to avoid the violation of rights and definitive closure as a sanction for violation of property rights.

This new law is a challenge, which in itself represents an enormous complexity, as part of the package of reforms associated with the T-MEC, so that every company should do due diligence in industrial property and have an expert lawyer to advise the use that is making this information inside and outside the company. A Visit to CBBC Shanghai Office

On 10 November 2020, our Business Advisor, Therese Feng together with our Shanghai colleagues, Kathy Wang and Marant Caballero paid a visit to China-Britain Business Council (CBBC) Shanghai Office and had a fruitful meeting with Mr. Weifeng Ma (Director of East China) and Mr. Nicolas Zhai (Director of China Member Programmes and Events) of CBBC. During the meeting, both parties exchanged ideas and planned how to cooperate in the future, hoping to build a good long-term relationship. 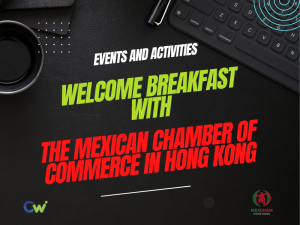 Welcome Breakfast with the Mexican Chamber of Commerce in Hong Kong On 23 September 2020, CW held the webinar titled “Using Hong Kong to strategize your digitalization process”. The webinar was co-hosted by InvestHK and the Brazil-China Chamber of Commerce.  Among the speakers, we had our Partner, Mr. Thomas Wong, and our Brazilian Business Advisor, Ms. Kemelly Vera, representing CW, Mr. Jimmy Chiang and Mr. Thiago Silveira representing InvestHK, and Mr. Daniel Manucci representing the CCCB.

Recent discussions about e-commerce have gained more visibility due to the current economic and social scenario caused by the pandemic. Many companies are turning to digitalization to increase their revenue and to save their businesses. In this sense, we prepared this webinar focusing on the advantages of using Hong Kong as a leverage on the digitalization process of companies and providing some tips for establishing a successful e-commerce.

President Xi Jinping delivered a speech at the gathering marking the 40th anniversary of the Shenzhen Special Economic Zone on 14 October 2020, which has been warmly greeted by audiences from all walks of life, especially the local German Chamber community.

“Foreign companies’ expertise and experience have been indispensable for China’s growth over decades,” said Maximilian Butek, delegate and chief representative of the Delegation of German Industry and Commerce Guangzhou.

“China is Germany’s most important trading partner and German companies are committed to the market”, he said. “We are all eager to sustain and strengthen existing partnerships.”

The 2020 China-Germany Automobile Conference was held from 13 to 16 October 2020. The conference set its main venues in Changchun, Jilin, Changsha, and Hunan as well as other venues in Ingolstadt and Dusseldorf of Germany.

The Chinese and German auto sectors have close, long-standing ties, and this year’s conference has attracted more than 400 participants including company representatives, government officials, and experts from the two countries, discussing a wide range of topics, including industry cooperation and future technologies.

The Belt and Road Initiative (BRI) is a global infrastructure development strategy adopted by the Chinese government in 2013 to invest in nearly 70 countries and international organizations. The stated objectives are to construct a unified large market and utilize both the international and the domestic markets, to enhance mutual understanding and trust between member nations through cultural exchange and integration, which results in an innovative pattern with capital inflows, talent pool, and technology database.

This Belt and Road initiative has been presented in several Latin American countries, like Peru, Venezuela, Ecuador, and Argentina. Recently, China decided to explore new areas of cooperation, namely the Health Silk Road (HSR) and the Digital Silk Road (DSR) – both have developed immensely since the beginning of the pandemic.

The HSR has been developed due to the necessity of modernizing and finding new solutions in the health industry amid the pandemic. The Chinese government is providing medical aid and food supplies, which was delivered directly to countries like Brazil, Colombia, and Spain by the Chinese embassies there. Some companies that take part in BRI projects abroad, for example Huawei and China Communications Construction Company, have taken the initiative to deliver supplies. The Jack Ma Foundation and Alibaba Foundation have delivered relief packages to more than 150 countries. China has also been lending economic support to some afflicted countries. With all these efforts, China is striving for one of the main roles in the fight against COVID-19.

To accomplish its objectives for the DSR, China has invested over US$7 billion in loans and foreign direct investment for fiber-optic cable and telecommunication network projects. These investments have transformed connectivity in many countries across the planet, from Latin America to Central Asia to the Pacific.

Chinese companies that are already well established throughout the BRI, such as Huawei, Alibaba, and Tencent, have specific and concrete plans to expand in Latin America since the area is needy in terms of technological infrastructure.

5G technology presents a big leap in terms of development for Latin America. Two of the five companies in the world offering 5G systems are from China – ZTE, and Huawei. The latter has expanded across the region in recent years.

It is possible to see a trend not only for Latin American, but for companies worldwide to import Chinese solutions for both medical and technological aspects and to implement them in their countries. Chinese medical equipment, telecommunication and digital solutions are presented everywhere.

We can clearly see that the pandemic forces China to rethink its Belt and Road Initiative and ways for better improvement. Until now, we have seen remarkable results with several partnerships being formed as well as excellent improvement in health and technological sectors in Latin America.

Before joining the Latin Department team, Marant Caballero studied at Fudan University in Shanghai, from which he obtained a business certificate in international business. After his graduation, he moved to Shenzhen, where he worked in the retail division of a large e-commerce company, focusing on Spanish-speaking markets (Latin America and Spain) and developed different sales and marketing strategies through social media. As a native Spanish speaker from Mexico, Marant Caballero joined CW team in 2017 in our Shenzhen office as Latin Department business advisor and focused on marketing and sales.

With CW’s Shanghai office recently relocated, Marant has made the decision to represent our Latin Department in Shanghai in order to deepen CW’s commercial activities in the Yangtze River Delta, one of the most developed business clusters in China. CW’s Shanghai office now consists of a team of accounting and payroll consultants serving a handful of international clients headquartered in Latin America, United States, France, United Kingdom etc. Marant is excited to join our Shanghai team and plans to fully exercise his marketing expertise to help CW gain a stronger foothold in Shanghai.

If you wish to seek for cooperation with our Shanghai team, please do not hesitate to contact Marant Caballero at the following email: marant.deneb@cwhkcpa.com. 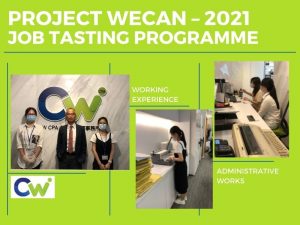 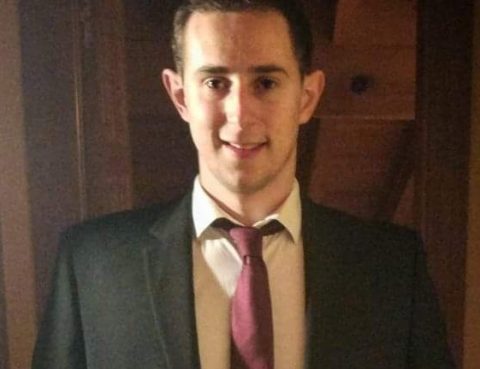 We are glad to introduce our new Spanish business advisor, Galo Rodrigo Cano, who has been on board since early April 2020.

Native of Burgos, Spain, Galo has been studying and working in China for more than 5 years.  Having previously studied at Autonomous University of Madrid, Beijing Foreign Studies University and Peking University, Galo graduated from Tsinghua University with a Graduate Degree in Chinese Politics, International Relations and Foreign Policy in 2017.

Fluent in Chinese, Galo has solid experience in developing marketing strategies to cater for overseas customers in China.  He worked at a relocation company in Beijing, helping expatriates to tackle the housing issues and settle in China.  Also, before joining CW, he managed the event organization and corporate relationship at an international chain-branded hotel in Guangzhou.

He will be responsible for business development in the Spanish market and assisting Spanish clients in the design and implementation of business operations in China.  He can be contacted by email at galo.rodrigo@cwhkcpa.com.